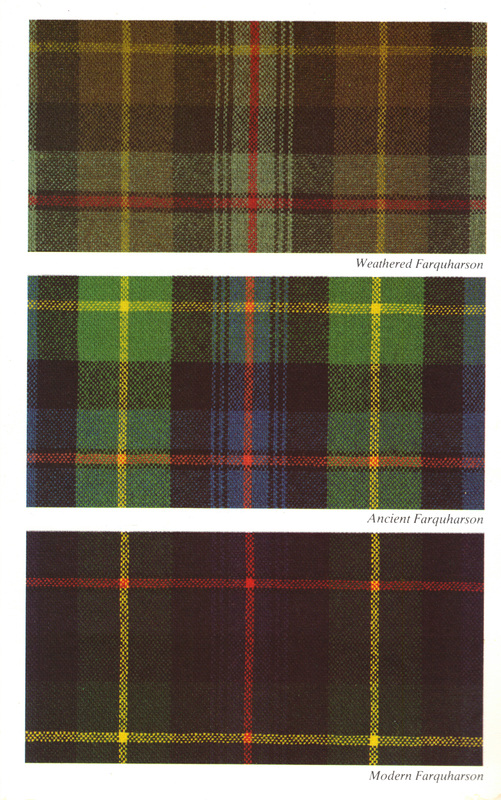 Clan Farquharson is derived from Farquhar, 4th son of Alexander Ciar, 3rd Shaw of Rothiemurches. Taking up residence in Aberdeenshire, the descendants of this Farquhar were called Farquharsons.

Emergence of the Clan.
​Donald ​Farquharson married Isobel Stewart (heiress of Invercauld) and their son was called Finlay Mor, 1st of the House of Farquharson of Invercauld.  He was Deputy Royal Standard Bearer at the Battle of Pinkie in 1547, where he fell.  From and after him the Farquharsons are termed Clann Fhionnlaigh, or descendants of Finlay.
​Notwithstanding the loss of Finlay Mor at the Battle of Pinkie, the Clan grew in stature, the nine sons of Finlay Mor settling much of the Upper Deeside lands that were a great natural fortress protected on three sides by high mountains.
​However, as a defence against skirmishing and predatory neighbours, the Clan joined the powerful confederation known as Clan Chattan, gaining a fierce reputation as the "fighting Farquharsons".  The early chiefs also gained standing as sound land managers and fearless dispenses of justice, owning and acquiring freehold lands as well as serving as Baileys for wealthy titled landlords, the Earl of Mar and the Earl of Aboyne.​ 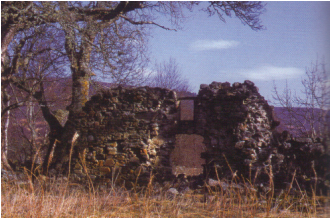 ​(Photo: The Ruins of Inverey Castle torched by Government troops in 1689)

The Fighting Farquharsons
Staunch supporters of the Stuart Kings, the Clan produced memorable fighting men and women.  Donald "Og" Farquharson of Monaltrie, was Montrose's most successful commander during the Covenant campaigns of 1644-1645.  In 1689 John Farquharson of Inverey the "Black Colonel", fought under Graham of Claverhouse, the famous "Bonnie Dundee", most notably at Killiecrankie where the Duke fell. 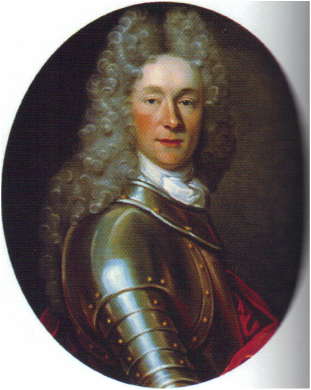 
In 1715, John Farquharson of Invercauld, was called out by his superior the Earl of Mar.  Taken prisoner at Preston, he avoided execution, after successfully petitioning King George.  He became the great builder of Invercauld, to this day one of the largest landed estates in Scotland.  On forfeiture of lands by the Earl of Mar, who went into exile, John Farquharson was able to acquire title to considerable freeholdings when they were offered for sale by the Crown. 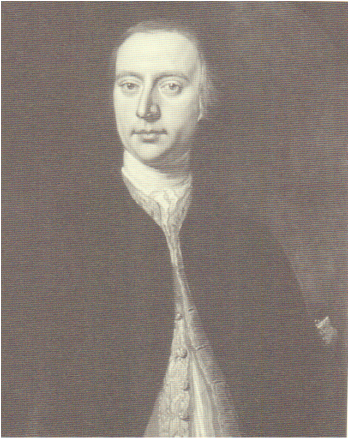 ​Undaunted by the setbacks of 1689 and 1715, the Farquharsons supported Bonnie Prince Charlie in the '45, and were led at Culloden by Francis "Baron Ban" Farquharson of Monaltrie, the Chief's nephew. Captured he was pardoned on the very morning of his execution. 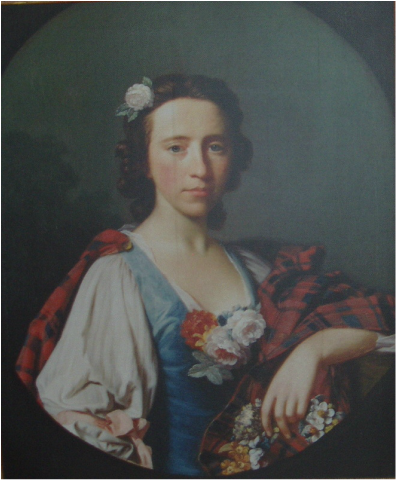 
Legendary of the "fighting Farquharsons" was "Colonel Anne, the Chief's daughter, who married Aeneas Mackintosh.  In her husband's absence she raised the Mackintosh Regiment, which was in the thick of the fighting at Culloden.  Its commander, MacGillivray of Dunmaglass falling at the Well of the Dead.  Held briefly a prisoner at Inverness, Colonel Anne was later released.
Rebuilding:  The years of turmoil over following Culloden, the Clan embarked on a period of peaceful consolidation. The Castle at Braemar was rebuilt, while the Chiefly residence, the handsome Baronial Castle at Invercauld, was reoccupied and the lands developed.  John Farquharson of Invercauld died in 1750 and was succeeded by his son, James who died in 1806.  The last surviving child of James, Catherine, by virtue of a Lyon Court Decree in 1815, was assigned the chiefly arms and supporters, and was declared head of the central "stem" family of Farquharson of Invercauld.  As chief of the Clan she married Capt. John Ross R.N. ( who then took the name Farquharson of Invercauld).  In the late 1830's the Farquharsons gained Royal neighbours when nearby Balmoral, formerly once owned by the Farquharsons of Invercauld, was acquired by Prince Albert, consort to Queen Victoria. 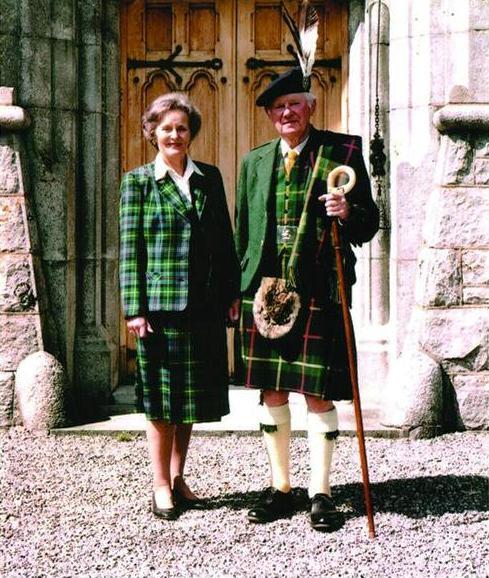 ​The present chief is Capt.  Alwyne  A. Compton Farquharson MC who was confirmed as MacFhionnlaigh by Lord Lyon Court in 1949 following the death of Myrtle Farquharson in an air-raid in 1941.  He served with distinction in the Royal Scots Greys in WWII, being severely wounded in France in 1944. 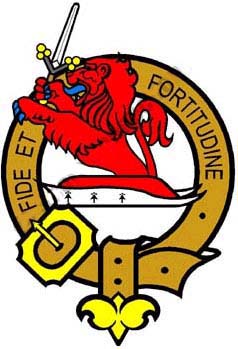 Farquharson Clan Crest Badge
​All Clansmen are entitled to wear this distinctive insignia : a demi lion rampant issuing from chapeau lined with ermine, holding a sword proper in his dexter paw. The crest is encircled by a belt bearing the Clan
Motto: Fide et Fortitudine, meaning By Faith and Fortitude.
​
​Chief: Farquharson of Invercauld
Patronymic: MacFhionnlaigh
​Motto: Fide et Fortitudine  (By Faith and Fortitude) and as a member of Clan Chattan Confederation: I Force Nae Frien, I Fear Nae Foe ( I force no friend, I fear no foe)
Powered by